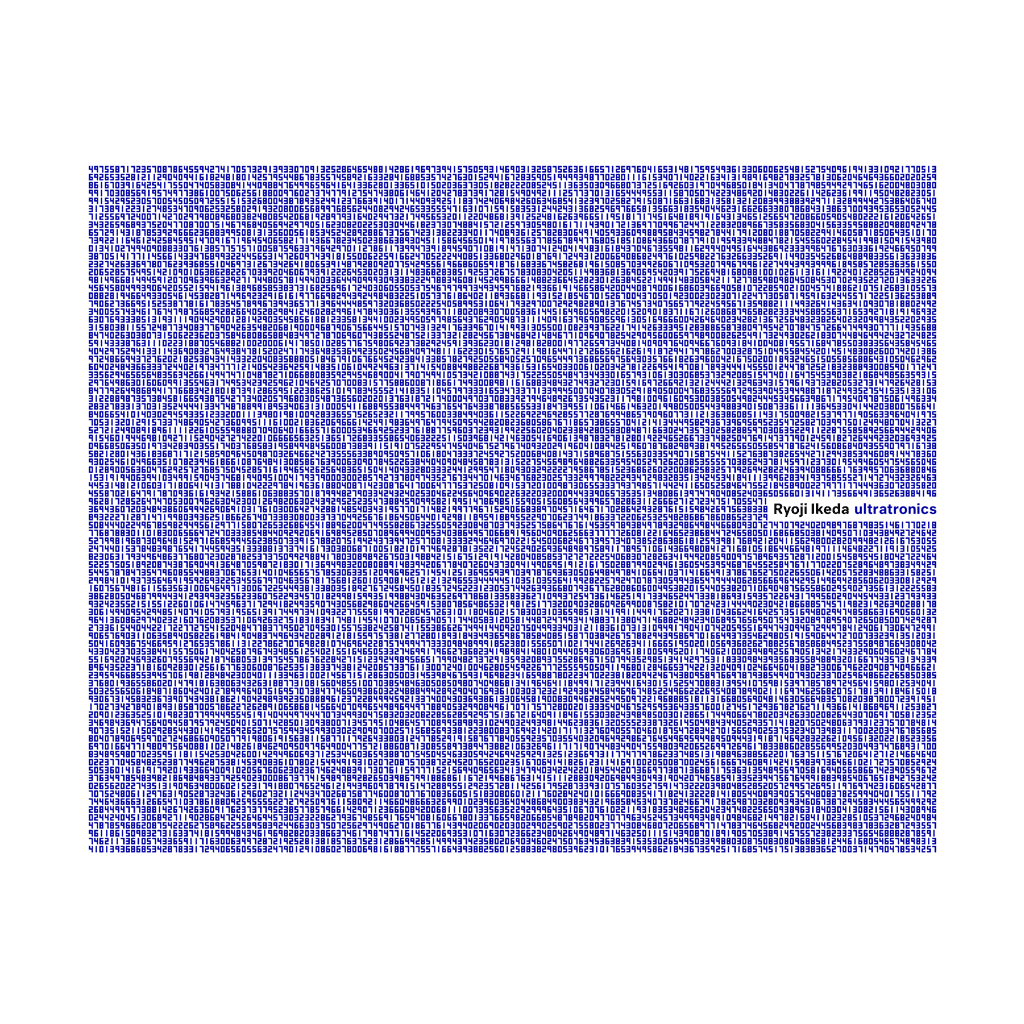 A decade after the release of ‘supercodex,’ NOTON is thrilled to welcome back Japanese artist and composer Ryoji Ikeda with his latest long-player, ‘ultratronics,’ out on December 2nd 2022.

Featuring audio material recorded between 1989 and 1999 and compositions created between 2013 and 2022, ’ultratronics’ explores sound’s arithmetical and computational essence and renders them into the propulsive auditory experience that constitutes Ikeda’s sound signature.

Ryoji Ikeda has created numerous immersive works that dynamically combine technology, light, and sound to electrify the audience’s senses. Since 2000 Ikeda has pursued the theme of data, with a particular interest in the fields of genetics, quantum physics, and astronomy, which he has incorporated into works that present new ways of perceiving the world in numerical terms. To be experienced visually and aurally, the album transports the listeners in a world composed of large amounts of data that usually go unnoticed.

‘ultratronics [live set]’ will premiere at Tokyo’s WWW X in Shibuya on October 15, and will be presented as part of MUTEK.JP 2022 at Line Cube Shibuya (渋谷公会堂) on December 7th.

Born in 1966 in Gifu, Ikeda currently lives and works in Paris and Kyoto. While rooted in electronic music, the internationally active composer and artist also produces art as experimentation. Ikeda’s immersive live performances and installations employ elaborate orchestration of sounds, visuals, maler, physical phenomena, and mathematical concepts. In 2022, Hirosaki Museum of Contemporary Art presented his first major solo exhibi^on in Japan since 2009. Ikeda has received the Prix Ars Electronica Collide at CERN in 2014, and the 70th Japanese Minister of Education Award for Fine Arts, Media Arts Division in 2020.