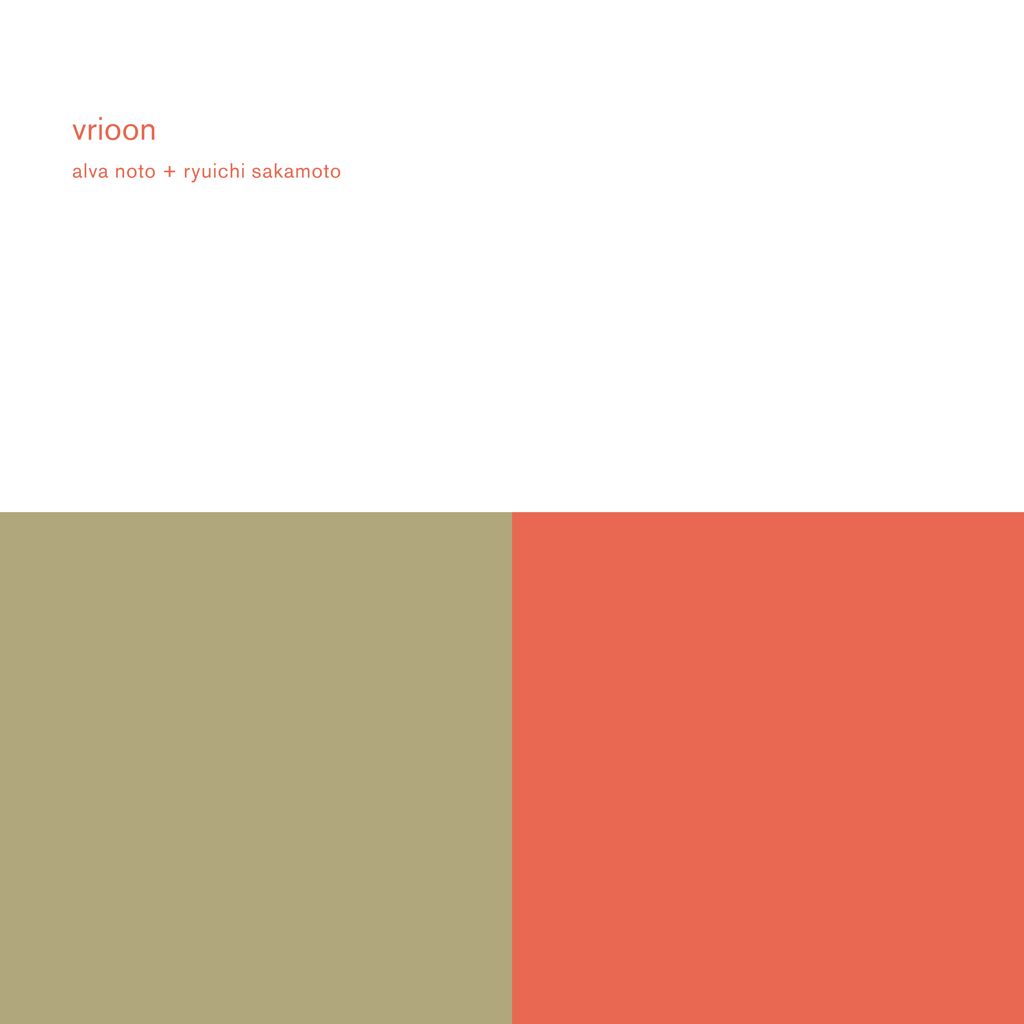 Twenty years after its original release, Alva Noto and Ryuichi Sakamoto’s minimalist masterpiece returns on NOTON on May 27, 2022.

Initially released in 2002, Vrioon is the debut collaboration album between Alva Noto and Ryuichi Sakamoto and the first installment of V.I.R.U.S.’s five albums series.

Remastered in 2021 in collaboration with Calyx Studio, the album’s recordings are accompanied by a new composition titled Landscape Skizze, originally recorded in 2005 for Matador I. Oriente by La Fábrica.

The seven recordings alternate palettes of piano chords, electronic tones and exquisitely quivering timbres. The feeling of expanse is palpable in the album’s clear rhythmic constellation as each piece reverberates alongside ample tenses, a dreamlike wash of sounds, and distant strings. Held static and absorbed by the pair’s interplay of microtonal shifts, Vrioon takes the listener through digital dust and vortices of weightless harmonics to resolve a rarified vibrancy in the closing piece. It is a record of refined reductionism, invoking reflective yet ephemeral structures, inundated by a timeless sense of contemplation.

In 2004, the record was named ‘Album of the year’ by the Wire Magazine.

The V.I.R.U.S. box will be available in winter 2022/2023. It will be released as a paper design slipcase without the albums inside and is designed to accommodate the five V.I.R.U.S. albums on vinyl (four double LPs and one LP) and CD (five units).