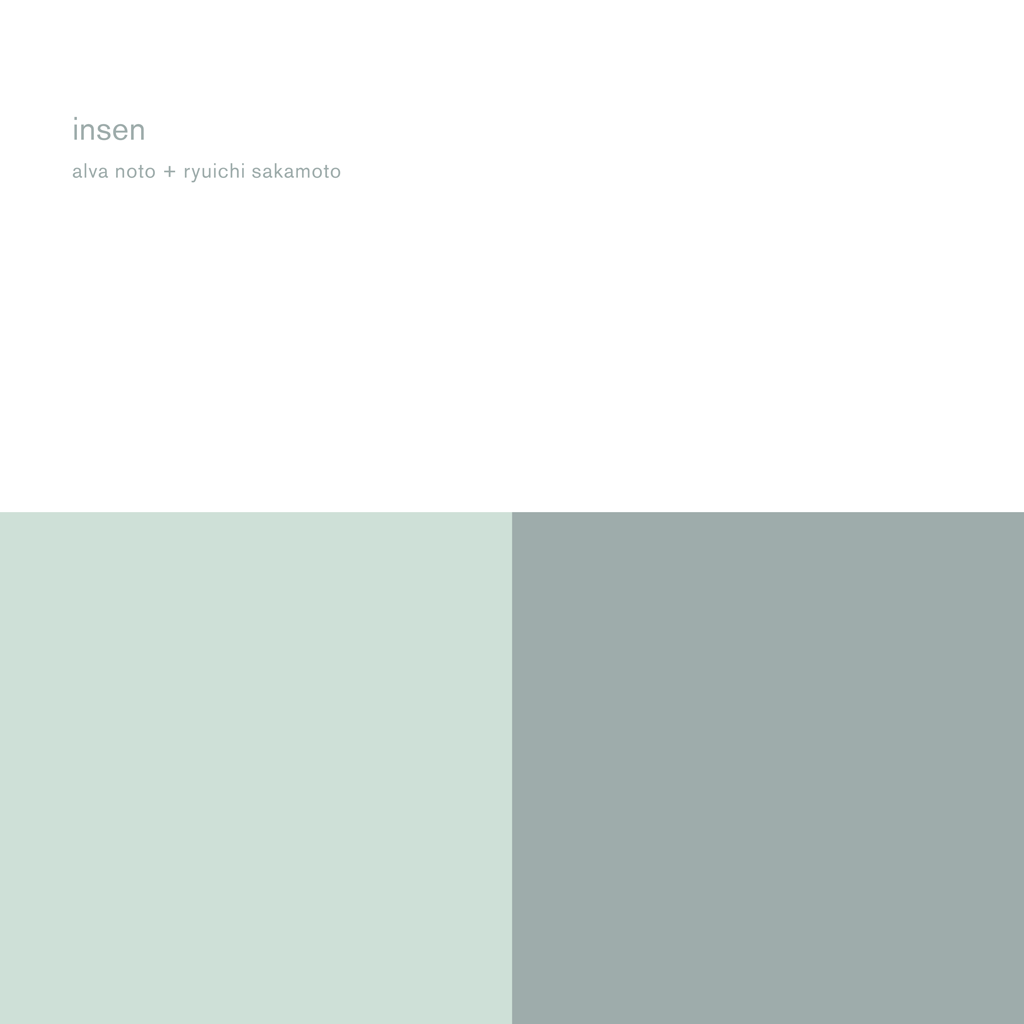 Originally released in 2005, Insen is the second collaboration album between Alva Noto and Ryuichi Sakamoto and the second installment of V.I.R.U.S.‘s five albums series.

Remastered in 2021 in collaboration with Calyx Studio, the album’s recordings are accompanied by an unreleased composition titled Barco. Initially composed for Alva Noto and Ryuichi Sakamoto’s 2005 Insen tour, the audio material used in this piece is based on the subtle sounds of Barco projectors, whose tonalities served as a ground for the artists’ live improvisation.

In Insen, Alva Noto and Ryuichi Sakamoto explore the potential for interaction and tension between electronic and acoustic instrumentation. Across eight compositions, the echoes of the cascading piano combine, collide, and dissolve with the tapestry of digital breakages in sheer vibrancy. This relationship lies at the album’s core. It subtly continues Vrioon‘s calm melancholia, becoming a vessel for all the emotions and memories nourished by the listener. As you hear the opening, lonesome notes of Aurora, you realize that the pair have once again conceded an ambition to embed elaborate disciplines into an archetypal sound of soul-searching beauty.

The V.I.R.U.S. box will be available in winter 2022/2023. It will be released as a paper design slipcase without the albums inside and is designed to accommodate the five V.I.R.U.S. albums on vinyl (four double LPs and one LP) and CD (five units).