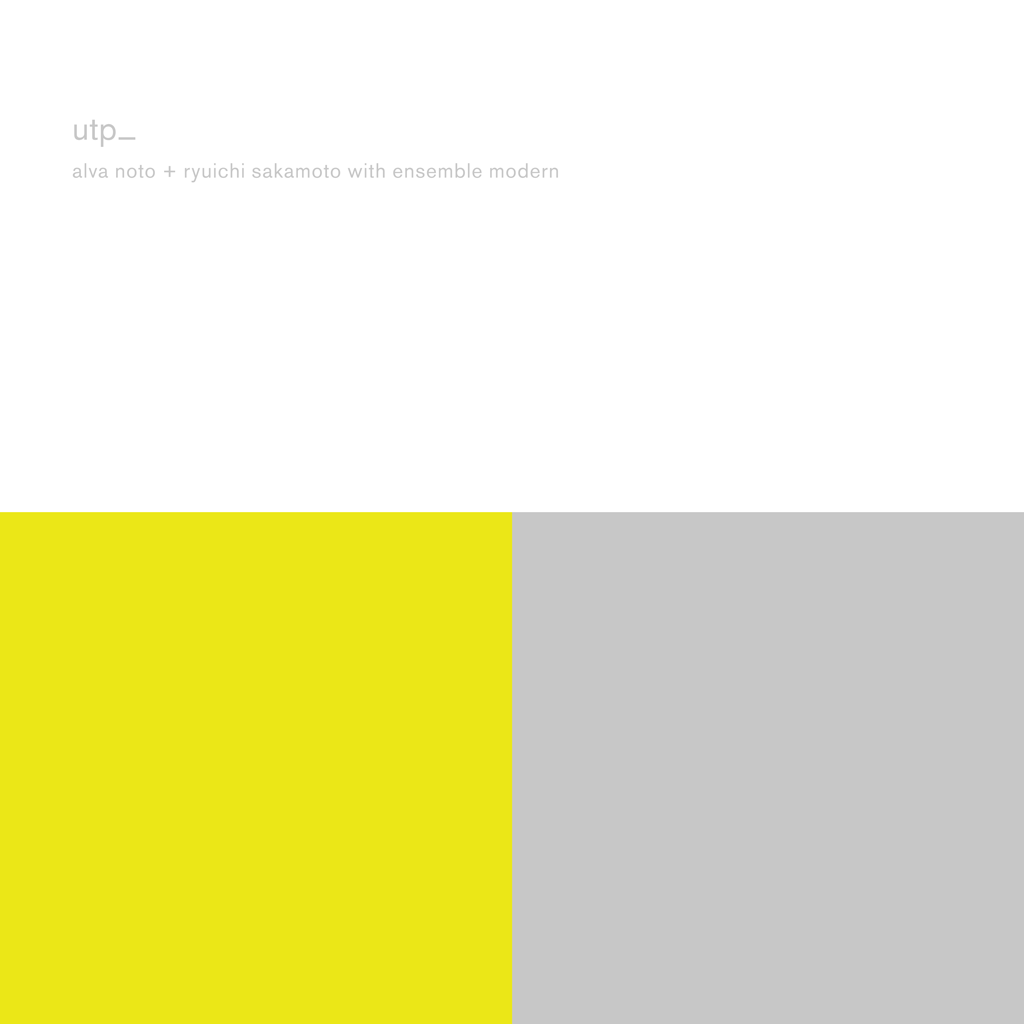 Please note all items added to the cart alongside this PRE-ORDER will be shipped after the official release date (30 September 2022). The complete order will arrive in one parcel.

Released for the first time in 2009, utp_ is the fourth installment of Alva Noto and Ryuichi Sakamoto’s V.I.R.U.S.‘s series.

It was commissioned for the 400th anniversary of Mannheim, Germany. The flowing ten-section multimedia work derives its shape from a rasterized structure of the southwestern city, founded in 1608.

The recording documents the work’s debut performed by Ensemble Modern at the National Theatre in Mannheim. The music embraces the electronic, piano-based palettes, an expanded array of avant-garde chamber instrumentation and natural timbres. It combined the digital visual score created by Carsten Nicolai and Simon Mayer, and lighting design by Nigel Edwards.

The V.I.R.U.S. box will be available in fall 2022. It will be released as a paper design slipcase without the albums inside and is designed to accommodate the five V.I.R.U.S. albums on vinyl (four double LPs and one LP) and CD (five units).